Does the EU need a new global strategy? Would regional or sectoral strategies not offer a more targeted way? Instead of discussing the rationale for a new strategy, this note describes the main foreign policy challenges in the years to come. There is no need to redefine EU’s external goals as they have already been set in the Lisbon Treaty. The Treaty does not, however, offer any hint how to rank them. Instead, it calls for all available policies to be used in a ‚coherent way‘. With limited resources and no clear strategy at hand, the EU faces challenges and trade-offs. Let us describe some of them.

1) The enlargement challenge: European neighbours or neighbours of Europe? Despite the much hyped ‚enlargement fatigue‘, a renewed consensus on enlargement provides a European perspective for the Western Balkans countries. The European perspective on Turkey is less clear. Is the EU ready to accept Turkey as its most populous member state one day? Or would the Union prefer a privileged partnership with Turkey based on European values? In the same vein, the EU has to pronounce its vision towards other European countries with EU aspirations. A close integration within the single market including possibly the Schengen area (‚EEA-plus‘) without full membership (‚EU-minus‘) could be compelling visions in the medium term.

2) The neighbourhood challenge: incentives for reforms or disincentives for stability? The new European Neighbourhood Policy rightly stresses incentives and differentiation. But how to translate the ‚more for more‘ principle into practice? The Arab Spring shows that it is crucial to manage expectations from both sides. The EU has to prove strategic patience when it comes to democratic reforms in partner countries. In turn, EU neighbours are eager to get visa-free travel and preferential access to the EU market, while the Union responds with cumbersome roadmaps and so-called Deep and Comprehensive Free Trade Agreement negotiations. The EU has to calibrate its response: do not fall behind the events (‚less for more‘) but do not run too far ahead of them either (‚more for less‘).

3) The geographical challenge: Geopolitics 2.0, or does geography matter in the internet age?The EU has global ambitions but its success as external player rests in its direct proximity. But the geography does not stop there – it is equally important to capture ‚broader neighbourhood‘ (i.e. neighbours of EU neighbours). The EU cannot succeed in North Africa if it does not approach Sub-Saharan Africa at the same time. The Middle East also requires a broader perspective covering Turkey and the Gulf. On the east, the EU has to put its relations with Eastern partners in context with its policy to Russia (or rather the other way around). And then there is the so far neglected northern neighbourhood – the Arctic region – which offers new opportunities as well as challenges.

4) The development challenge: from generous solidarity towards smart effectiveness? Well-governed countries do not need foreign aid as they can grow out of poverty on their own. Aid is mostly needed by poorly governed countries where it often fails the effectiveness test. To complicate things further, most poor people do not live in poor countries. How does the EU as the biggest aid donor solve the puzzle? Contrary to its name, the updated EU development strategy (Agenda for Change) has not changed the primary focus on poverty alleviation. But it has brought some refreshing shifst towards local ownership, democratic governance and the private sector. With public finances under stress the era of generous aid is over. Instead, the EU should offer ‚smart aid‘.

5) The crisis response challenge: quick wins versus root causes? Smart aid could also target fragile countries. Unfortunately, aid is often provided in response to a given crisis, not as prevention. And aid is not enough – other tools are required as well. Hence the idea of a comprehensive approach that would combine the EU’s development, diplomatic and security (if not defence) tools. So far, so good. But the vicious cycle of instability will not be broken unless we tackle the root causes of fragility. A regional approach is often needed; otherwise a solution to one crisis would only result in crisis elsewhere. The EU comprehensive strategies for the Horn of Africa and the Sahel are good starting points.

6) The emerging powers challenge: partnership of interests or partnership of values? The EU has chosen ten countries as its strategic partners. But some of them are clearly more ‚strategic‘ than ‚partners‘. The EU should recognize this and develop structured partnerships with: allies (the US, Canada), other like-minded (e.g. Japan), global swing states (Brazil, India), and global challengers (e.g. China). The relations could cover a wide range of common interests but their depth should vary according to the shared values. As a rule of thumb, the EU aims at converting swing states into like-minded and like-minded into allies. The value dimension also enables strategic links with others (e.g. Chile, Israel, Australia) – it is quality not only quantity that matters.

7) The multilateral challenge: from a concert of superpowers to a concert of rules? With the rise of China and the US tired of their hegemonic role, scholars talk about an emerging multipolar world. The EU wants to become a global player and might be tempted by the idea. But the Union should not forgo its history. It rose on the dust of war to overcome nationalist struggles. Therefore, the EU should advocate for a multilateral order where interests of all nations, big and small, are protected. This includes not only global security architecture, but also world economy and trade. The growing network of regional Free Trade Agreements (the EU wants to negotiate one with the US and Japan, among others) should be seen as a building block – not an alternative – to the multilateral trade system.

8) The defence challenge: soft without teeth or hard without NATO? The EU has grown as a platform for peaceful co-operation among nations and is best at doing just that – providing soft power. But what if others do not want to play by the same rules? One defect of the Union’s DNA results from its lack of hard power. This is tricky to overcome when memberships in EU and NATO differ. Some EU countries will always prefer the transatlantic alliance as the main guarantee for security in Europe. But what about projecting the EU’s power outside of Europe? With all the institutional limits in mind there is still scope for developing a European Security and Defence Policy – the concepts of pooling & sharing, or EU battle groups, already exist.

9) The communication challenge: perceptions versus reality? The current financial crisis has put EU global ambitions under doubt. The Union is perceived as a small power or a mere trading block. However, new technologies create new opportunities for public diplomacy. Foreign policy is no longer a question for a narrow circle of diplomats. Therefore, the EU should create an external communication strategy. After all, it is the biggest provider of development and humanitarian aid, a strong promoter of universal values, and the main driving force for stability in its neighbourhood and beyond. Now it is time to pronounce these assets, the EU needs to turn words into deeds but also deeds into words.

10) The institutional challenge: communitarization of CFSP or nationalization of the Community? The Lisbon Treaty has provided a more coherent EU foreign policy. However, certain limits persist. The Common Foreign and Security Policy is common only by its name – each member state enjoys the right of veto. The move towards qualified majority would cross the line but a ‚constructive abstention‘ is something worth exploring. On the other side of the puzzle stands the European Commission, with powers over many policies with external aspects (trade, home affairs, energy, etc). It is imperative to use all the provisions of the Lisbon Treaty to shape these policies in such a way that is conducive to achieving EU’s external goals.

The challenges for EU foreign policy have one common denominator – comprehensiveness. The EU needs a comprehensive vision for its enlargement as well as neighbourhood policy, for relations with fragile countries as well as strategic partners, for its soft power as well as hard power. But is the current comprehensive approach comprehensive enough? It is relatively easy to combine tools in the remits of foreign policy (diplomacy, development, security). But what about linking diplomacy, trade and migration? Or security, energy and climate? Yes, the EU lacks a global strategy. It lacks regional strategies even more. But the biggest challenge of all is to use the right mix of instruments. Think strategically, act instrumentally! 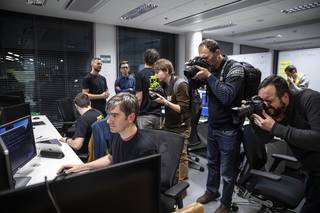 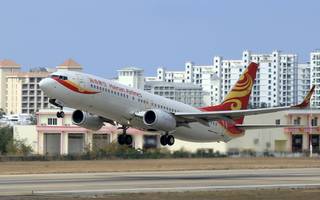 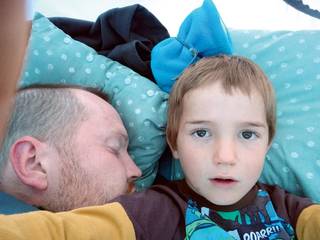 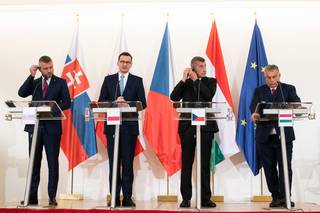 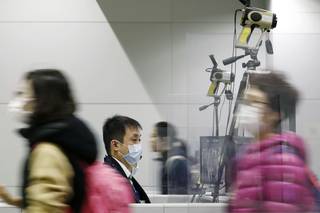